A few years ago a rugby coach asked for my advice about a young centre who kept dropping the ball. I was able to give some suggestions, but I didn’t actually see the player, so I wasn’t able to see exactly what the problem was. And since the player moved on shortly afterwards, I couldn’t tell how effective the advice might have been. Now I’m actually working at a rugby club, I’ve thought about what advice I’d give to a coach now in the same situation. 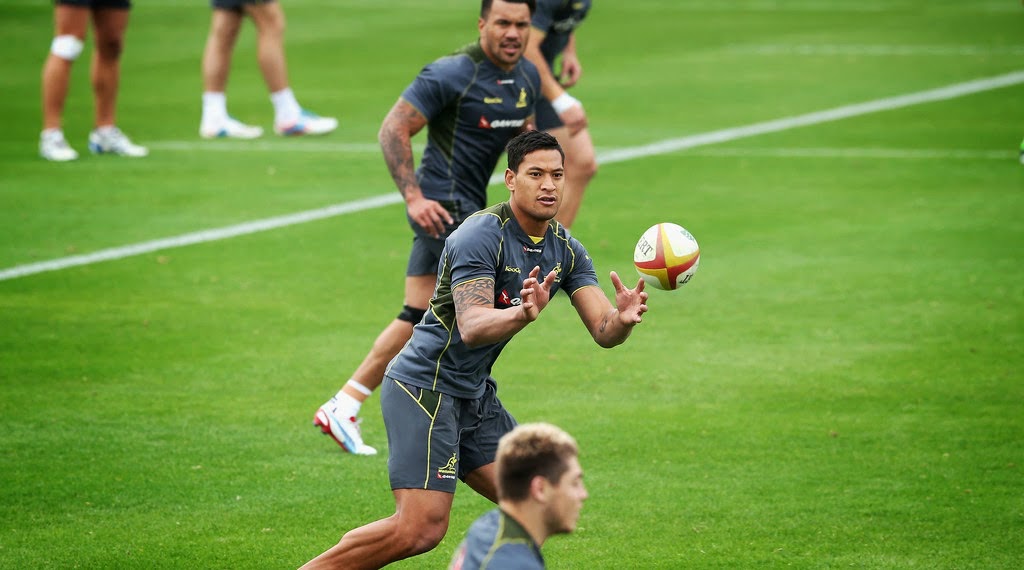 The first piece of advice, of course, would be for the player to have their eyes tested, in case there is a fundamental eyesight problem. Assuming the result is normal, the likely explanation is that the player is either taking their eyes of the ball, in response to movement by the opponents, or that the player hasn’t prepared properly to catch the ball.

Meir (2005) implemented some visual training into the players at Gloucester Rugby Club. The coaching staff had found that problems with passing and catching in drills occurred because players often simply failed to either identify the target when they were passing, or didn’t look at the ball when receiving a pass from a teammate.

To improve concentration on the ball in volleyball, Vickers & Adolphe (1997) marked the ball with numbers. The receiver had to call out the numbers when they could perceive them in flight. This could obviously be adapted to a rugby ball being passed, and this was indeed one of the training methods that Meir used, along with patching one eye. This meant that the player had to turn his head round in order to focus on the ball or the target.  He also got players to train with “agility balls”: these have an uneven shape, so bounce in unpredictable ways.

If your passing practice is carried out unopposed, it’s more likely that players will take their eyes off the ball when faced with opposition in a match. So doing a passing drill in a confined space with opponents trying to win the ball should help with passing under pressure, quick hands, communication and concentration.

More on rugby in due course.