I recently came across an interesting quote: “Culture eats strategy for breakfast”. The quote has been attributed to Peter Drucker, a management consultant, but I am far from the first to see its relevance to sport. 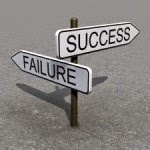 The idea is that if you want to build lasting success, just changing a part of the set-up is unlikely to bring that about: you have to establish the right culture that permeates through to every part of the organisation.

There are two parts to bringing this about. Firstly, there’s a dream (a sports vision, if you like); then there’s getting everyone else to buy into that dream. It’s the second part that’s usually the most difficult. So the club owner should have a vision of where they want the club to be, and get the coaches to work towards that end.

A major part of creating a culture of success is to establish some core values, which will be the basis of that success. The US secret service, for instance, has 5 core values: justice, courage, duty, honesty and loyalty. Rugby coach Eddie Jones has three core values: respect (for team mates, fans, game and referee), discipline (doing things in the right way at all times) and courage (both physical and mental).

Coaches need to exemplify these values themselves, as well as reinforcing them to their players by rewarding good behaviour and punishing bad behaviour, mostly by making them factors in selection.

Of course these values need to be realistic, which depends on the level and personal circumstances of your players. Successful teams also usually have a range of personalities: especially useful are those who may not appear to be the most talented, but seem to bring out the best in others. A prime example of this is the “Butler Way” – the philosophy of the Butler University “Bulldog” teams (especially basketball) that was established nearly 100 years ago. Their key is to find players who not only fit into the culture of the organisation, but are driven to achieve success through inspiring their team mates. As they take to the court, they see the word “catalyst” to remind themselves of the chain reaction that will lead to victory. In the past decade alone, Butler teams have captured 26 conference championships in four different leagues. That’s a culture of success.

David Donner
Posted by DB at 01:25 No comments: