I was recently listening to a cricket podcast. The expert panel was asked about the benefits of vision training, especially for late developers. The experts agreed that generalised vision training was of little use, except possibly as a psychological boost. Vision training that was done in the context of the sport, however, might be helpful. Needless to say, those views echo my own precisely.

One coach said that it could be useful to patch one eye when practising bowling, batting or fielding. He has got his batsmen on occasion to wear a patch over what he called the “motor eye”, which is the eye that leads when we are tracking a moving object. The idea was that this would “strengthen” the other eye. I think he was on stronger ground when he suggested that because this was putting his batsmen in a challenging position, so it would help them deal with other difficult situations that they might encounter in a match, which is why his players found it both challenging and useful. I’m certainly all for making practice highly demanding, so that you are mentally and physically prepared for the challenged that will come your way on match day.
I was reminded of an experiment on eye dominance and tennis that I’ve discussed before. It was found that blurring the non-dominant eye of elite tennis players had a deleterious effect on performance, whereas fogging the dominant eye did not. This rather paradoxical finding was explained by suggesting that the non-dominant eye was essential for depth perception. Whilst this may well be true, I’m no longer sure that it explains the findings as the dominant eye must also be essential for really accurate depth perception.
I therefore suspect that what happened in these tennis players was the same as happened to the cricketers: when the dominant eye was blurred, it felt really strange, so the players had to concentrate harder on the ball. In doing so, they were able to perceive monocular cues such as image size, which meant that their depth perception wasn’t actually too badly affected. When the non-dominant eye was blurred, however, because the effect on vision was less noticeable, they made little or no adjustment for it.
So, patching the dominant eye can be a useful exercise, but it probably needs to be used sparingly. It’s likely to result in adjustments to the body, such as a head tilt. If a player doesn’t have really strong eye dominance, they could start switching during competition, and if they don’t make the necessary compensatory adjustments their timing and other judgements could be all wrong.
I’m not sure how this relates to late developers, but I suspect it depends on why they are developing late. It could help with getting them to concentrate on the ball as it leaves the bowler’s hand, or help them get into line better. But if they are late developers because they haven’t played much cricket, you would probably be better leaving them to work this out for themselves. If the idea is to make the practice more challenging, there are other ways of doing this, such as using smaller balls and/or bats, or getting them to read markings on the ball as it approaches.
Patching can be useful in a number of sports. In golf, for instance, it could be used to ensure that the player maintains eye dominance when switching from the ball to the target. In rugby, you might notice that some players are not paying enough attention to the passer’s hands as he passes the ball. This means that they are late in reacting to the ball as it appears in front of them and therefore drop it. One solution would be to patch the left eye for passes coming from their left, and the right eye for passes coming from their right. This would then require them to turn their head towards the passer so they pick up the flight of the ball at the earliest stage. I would probably still be inclined to achieve a similar effect by using smaller balls, balls of a dull colour that are harder to see, or balls with numbers or letters on that the players have to read out before they catch them.

Patching both eyes, otherwise known as blindfolding, certainly has a place for enhancing kinaesthetic feedback. But that’s for another day.

David Donner
Posted by DB at 01:39 No comments: Links to this post

Retinal imaging able to detect Alzheimer’s
Posted by DB at 08:11 No comments: Links to this post

I’ve talked a lot about the conscious and subconscious parts of the brain, but there’s another part known as the limbic system. I tend to think of this as an alarm system: all sensory information goes to this part of the brain first and is scanned for potential dangers.

This system was great when our ancestors were living in the jungle and could be eaten by a predator at any moment, but can cause problems in our modern lives. So an opening batsman preparing to face a fast bowler will have made a conscious decision to play cricket that day. The precise movements required to play a shot at the right time to hit the ball successfully depends on the subconscious brain. But as the batsman watches the fast bowler marking their run-up, the limbic system may well be sending out alarm messages, such as “He looks big; the ball’s likely to be coming at me very fast; I didn’t do very well when I played here last time”.

In his book “The Chimp Paradox”, Dr Steve Peters refers to this limbic system as “The Inner Chimp”. As Dr Peters acknowledges, it may not be anatomically or philosophically correct to describe the inner chimp as a separate entity from the “human” brain. But it seems to be an incredibly powerful and useful way of thinking about it. The book also has chapters on achieving success, confidence and happiness, so it really could change your life. 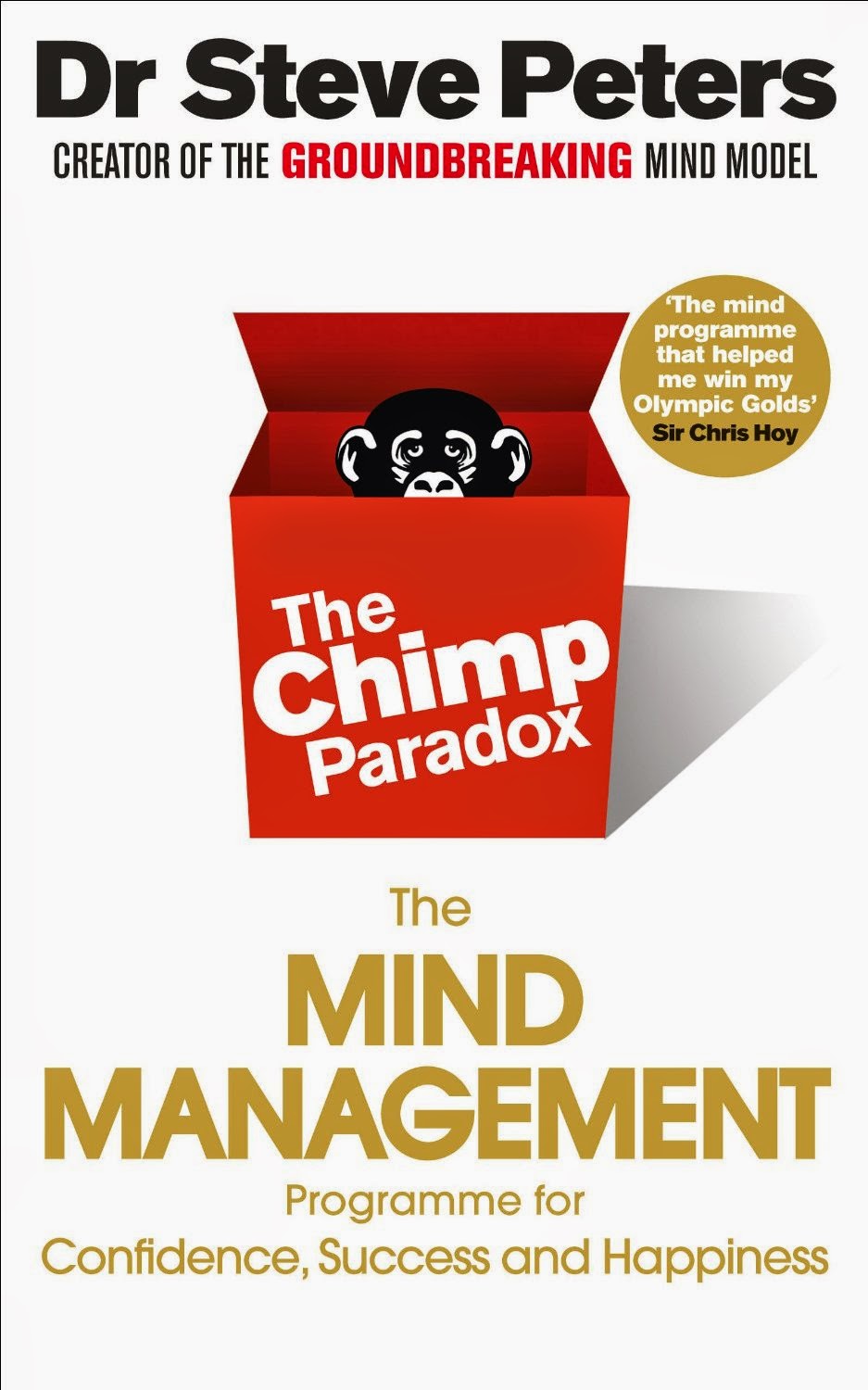 It probably won’t work if you just try and ignore your chimp. You can manage it, however, by setting up default behaviours such as pre-shot rituals in sports such as tennis or golf which enable you to carry out the task before the chimp starts acting up.

Recent examples of sportsmen whose chimps seem to be out of control include Andy Murray and Luis Suarez. Of course, since Dr Peters has worked with Suarez, he’s not exactly the best advert when he carries on biting players.

In the end, though, the player has to decide to help himself. Unfortunately, in the case of Suarez, he decided to help himself to a piece of Chiellini’s shoulder.

David Donner
Posted by DB at 02:50 No comments: Links to this post


This is great footage of Adam Gilchrist facing Shaun Tait at Lords last Saturday. Wearing a GoPro camera on his helmet shows great insight to his vision and movement to enable him to hit 2 boundaries!